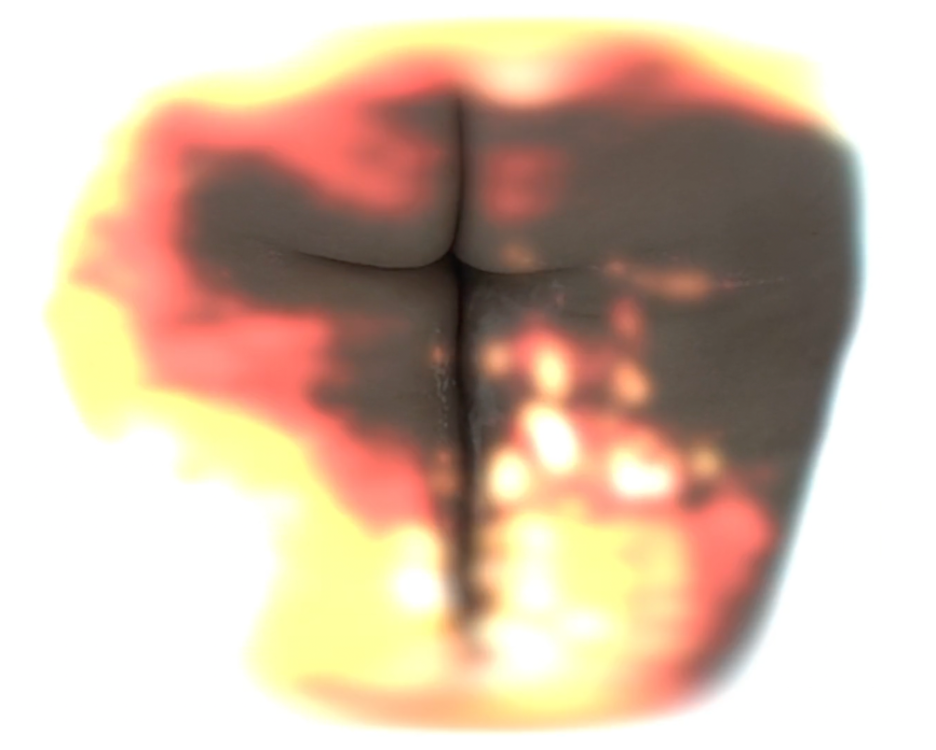 We recommend watching on Vimeo but we are aware that some regions block this site.

A Note from the Artist: Please do not screenshot, screengrab, screen or reproduce this film in any way without express permission from the artist. Thank you for respecting the integrity of the work. Please note this film will be screened until Sunday 12th December, it will be available on request following this. Content Notice: White Violence, Abuse, Slurs, Bigoted Sentiments, Far-Right and White Supremacist action depicted.

(Audio Describer) A Note from the Artist: Please do not screenshot, screengrab, screen or reproduce this film in any way without express permission from the artist. Thank you for respecting the integrity of the work. Please note this film will be screened until Sunday 12th December on Rotten.TV, it will be available on request following this. Content Notice: White Violence, Abuse, Slurs, Bigoted Sentiments, Far-Right and White Supremacist action depicted.

(Audio Describer) A wide shot of an open, dusty field with scattered rubbish opens in a narrow pane in the middle of the screen, there is sparse shrubbery and palm trees in the hazy distance. A tiny figure of a man, in the far distance carrying something on his head walks across the field. The screen splits into three panes, and the same shot is repeated to the left and the right of the frame. In all three frames the man walks past a small yellow concrete house at the far left and disappears.

(Audio Describer) The screen fades to black and the letters DE COM PO SURE pop up and spin around in a carousel for a few seconds.

(AD Narrator): Text on Screen in large purple font: A RITUAL FOR MORNING

(Audio Describer) On the bank of a calm, peaceful river, with lush greenery and trees on the far side, water gently ripples to the shore flowing from the left side of the screen. A body with a black afro floats on its back, toes flexing, breasts bob above the surface, as it drifts slowly from the left and disappears on the right, moving in a fast current.

(AD Narrator): Text on Screen in large purple font: ONE: Journey to meet your ancestors

The screen transitions in a wormhole effect to a black screen

(Audio Describer) A small bright sun sits low in the sky, the camera bumps along in a moving vehicle on an undulating dusty golden road with green bushes on either side. The road curves, with bamboo fences and houses on the right side, hidden by dusty trees. In the distance, a lone figure in white walks along the side of the road.

(Audio Describer) After passing a junction, the screen transitions in a wormhole effect.

A belly full of rotting cloud

(Audio Describer) In a new frame, a thick, naked, light-skinned Black woman with large tattoos on her lower back and right thigh, purposefully steps into a bathtub in a white tiled bathroom. She squats in the bath facing, but not looking at the viewer.

(Audio Describer) The woman reaches behind her for a clear plastic Tupperware filled with water. With white painted fingernails, she carefully tests the temperature by pouring a little on the front of her right thigh. She then scoops another bowlful onto her body and round the back of her neck and shoulders and over her breasts and stomach.

(Audio Describer) The woman, still squating, reaches over for a long blue nylon sponge, a sapor, scrunches it into a ball and pumps a liquid soap onto it. She begins to lather her body and underarms, belly and belly button with firm, strong motions and finally behind her neck and back reaching for more soap occasionally, her lips naturally turned down. The movements are functional, she does this every day.

(AD Narrator): Text on Screen to the right and left of the woman washing:

(Audio Describer) The image of someone lying back with their arms behind their head in a club lit up with dancing red lights appears behind the woman washing herself. She stands up in the bathtub and the image disappears leaving the club scene full screen. Over the top of this we see a close up of the same woman wearing a harness or halter-neck as she dances in the red lit club. She wins her body up upon the camera. Over the top of this image the bathtub scene returns, now scrubbing her right thigh and leg to her shaking shoulders and breasts heaving in black straps as she dances energetically. The woman in the tub turns around and stands with her buttocks facing the camera. Her buttocks move from side to side slightly as she moves the stretched length of the sponge up and down her back and ass. The screen fades into a blurred image silhouette of her soapy buttocks and then to black.

(Audio Describer) A slow motion scene from the 1956 sci-fi movie ‘Earth vs. Flying Saucer’ appears with a blonde white woman in a pink 1950s skirt suit screaming into camera.

FOUR: Let go of what you do not need

(Audio Describer) Flying saucers invading Washington DC and white people, soldiers and sailors are running across the streets and parks in all directions.

(Audio Describer) News footage of far-right, white-supremacist protestors, rioters and looters as they storm Central London in 2020, breaking through police barriers and trying to hit, throw things at and attack police offers. Masked police and riot police attempt to hold back the crowds. The image of the sea foam blowing in across a long beach overlays footage of the angry, violent crowds.

SIX: Blow up your demons

A retro static screen transitions back to the flying saucers hitting a movie set model of the Capitol building in Washington DC. It blows up four times.

And rest in the ashes

What might we become when we lose all composure?

(Audio Describer) A shallow beach with waves rippling over a large beached jellyfish.

I want to learn how to grieve….

(Audio Describer) Over the top of the beached jellyfish, the image of the young woman in the tub reappears. She finishes her ‘bucket bath’ by holding a black bucket up. With both hands, she pours the last bit of water from the bucket onto her breasts and face. She takes a deep breath and exhales. The jellfish image fades, and then the image of the woman also fades to black.

(Audio Describer) Close up of yellow daisy-like flowers with caterpillers crawling over and eating them. There are also the bodies of dead caterpillers and the skins of caterpillers who have turned into butterflies.

Closing credits roll over the screen:

Written, filmed and directed by Ama Josephine Budge. Curated and produced by Daniel Lie (Rotten TV) & and Eleanor Edmondson (Jupiter Artland). Featuring: Poem and vocals by Abena Essah, Music by Earth is Ghetto Estate, Supported by the British Council. Deepest gratitude to my loves, inspirations and soul kin Angela Johnstone, Alberta Whittle and Adam Moore, and to my mothers who continue to do the work.